“If New York City can do it, we can all do it”. This is my motto for this article.
NYC is ranked the 7th biggest megacity in the world, with a population of more than 23,000,000 inhabitants, and yet the Government of NYC was able to renovate an old elevated freight rail line that was slated to be demolished, and transform it into a public park on Manhattan’s West Side. It immediately became a great example to be followed by other cities. 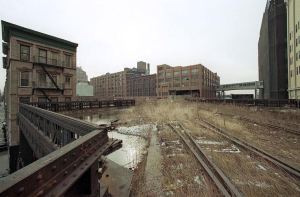 What is the story behind the High-Line?

Before 1934, trains in New York City run on the streets, between buildings. In 1929 the State of New York and the New York Central Railroad agreed to build an elevated railway in order to eliminate 105 street-level railroad crossing. It was just too chaotic to have trains running in the hearth of Manhattan. Thus trains that brought manufactured goods in and out NYC began using the High Line in 1934. END_OF_DOCUMENT_TOKEN_TO_BE_REPLACED